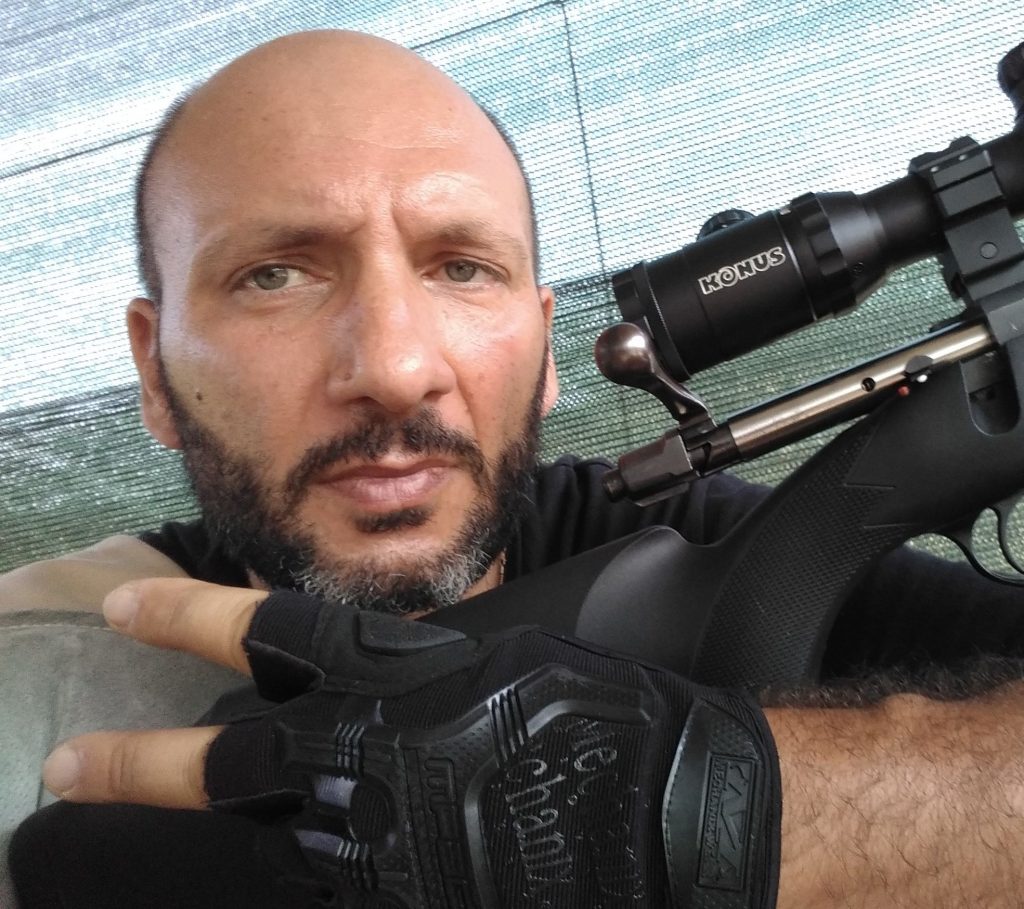 For some time Konus has had the desire to have its own team of testimonials that would demonstrate that a true champion does not need the coat of arms but rather innate skills, a lot of constancy and an efficient and good level of equipment.

It is time to dispel the myth that if you do not spend thousands and thousands of euros on shotguns and accessories, it is worth not even starting because we want the new generations to look into these disciplines, it is right to explain that with completely reasonable figures the market is now able to offer amazing quality.

If young people understand that with an affordable investment it is possible to enter this world, certainly a few more will test themselves and there may be more future for an entire sector.

It is certainly no coincidence that when at the largest trade fairs in the world we put our optics in the hands of people, many admit that they had a prejudice linked to the price.

To unhinge the thought “cheap = worth little”, especially at a time when fairs cannot be held, we thought that only a practical example can be a demonstration of how much our brand is worth.

And as examples we wanted to overdo it and turn not to simple shooters but to people who, in addition to passion, put a lot of effort into it because talent alone is never enough. These are excellences that are not afraid of not conforming to the mass and who, aware of their undeniable abilities, always manage to prove their value.
It was nice to be able to form a partnership with Giuseppe De Luna as the affinity was created right from the start. 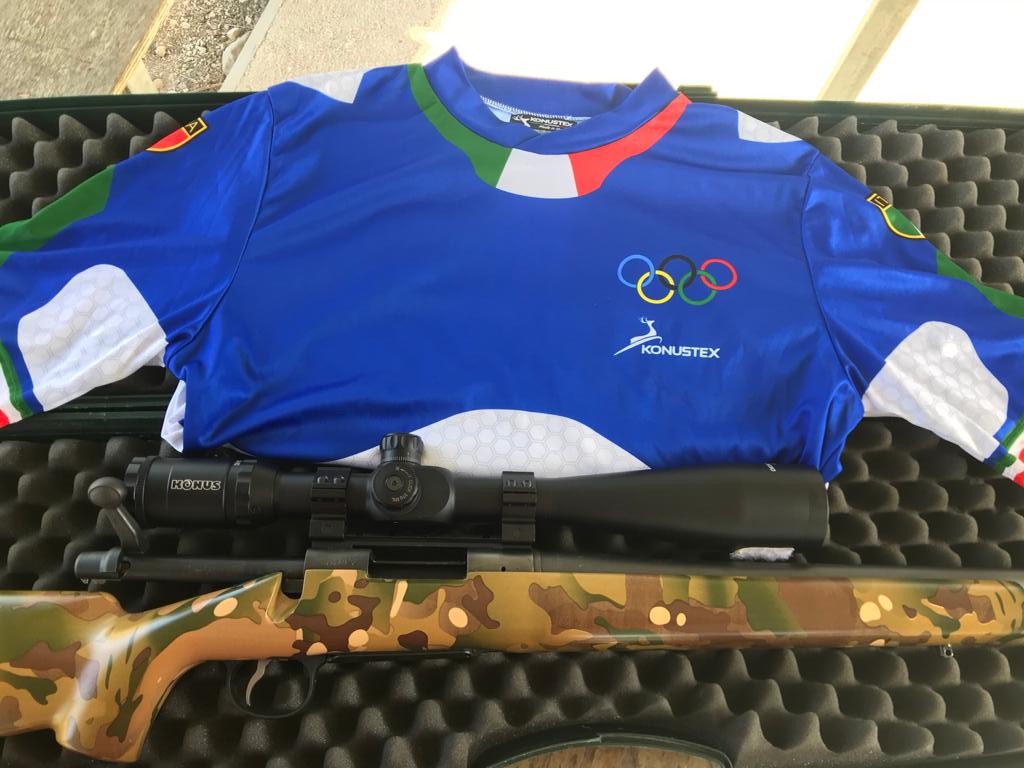 Giuseppe does not just compete but also holds the positions of Match Director at the FIDASC CONI Federal Center in Campagna in the province of Salerno of Match Director for the Italian Long Distance Shooting Championship South group and for the year 2021 the position of Match Director of the discipline of Precision Rifle Series shooting which from this year will be held in Italy at the Federal Campaign Center appointed as official field. He also holds the position of National Judge FIDASC CAMPAGNA SHOOTING, an index of the esteem he enjoys in the environment and of his preparation. At the end of 2020 comes the prestigious CONI honor that confers him the Silver Medal for Athletic Valor for the year 2019: we congratulate him and share a well-deserved joy.

What is the best way to start training after a long hiatus?

I think that is the question that many people are asking themselves these days. We are trying to overcome a very critical and exhausting period for everyone and we will try to resume our old daily routines. However, it is not easy for both our body and our mind. Physically we are not as fit as we were before quarantine. Our body adapts for better or worse to the new conditions of life and also our mental situation has suffered from this prolonged stop and when new habits take their place in our life, afterwards it is really hard to get out of them. Now, therefore, we must find in ourselves the right motivation to start over and resume with our activities and passions.

Tell us about your meeting with Konus:

High magnification, sharp images and reliable mechanics and a very reasonable price. This is what I was looking for when I started dedicating myself to this sport. There is no need to mince words. I met Konus optics in Clemente Mirella’s Franco Sport armory, on the advice of the owner Franco Cafaro, who has always been my point of reference. Perfect quality / price at first sight. The M30 series suited my needs perfectly. There are models of optics on the market that cost more than 2000 euros, or almost double the salary of a worker. However, even a worker has the right to fully live his passion. And with Konus I managed to get on the podium in disciplines over various distances.

How was your passion for shooting born?

I did not personally know Massimo D’Ambrosio, multiple world champion of dog lovers and President of the Federal Center Fidasc Coni in Campagna. I went to the Center to ask for information and I was immediately struck by what then became a beautiful reality in Southern Italy and that President D’Ambrosio and the entire management of the Federal Center managed to create. On the same day I met with the President Cosimo Velella, referent of the shooting of the Center. After that meeting I returned to the Center with a 12 gauge shotgun and Cosimo was able to pass on his great passion for this sport to me. Later he managed to get involved by participating in the provincial ball shooting selections. My first race. Since then, my passion has expanded to include other FIDASC specialties and then moving on to rifle and then to field shooting.

What has been your greatest satisfaction in the sports field?

My greatest satisfaction was getting on the podium in front of my son who accompanied me to the first Fidasc World Championship, alongside President Cosimo Velella, the greatest champion of this discipline, technical reference point for all my Team. On that occasion I tried to give my best and seeing Cosimo satisfied with my podium filled me with pride.

What was your most difficult moment in sports?

In sport, moments of victory and success alternate with moments of defeat and difficulty. It is essential not to lose faith in one’s abilities.
Every athlete has experienced or lives at least once his negative moment. Sometimes it is overcome, sometimes it fails and many times it comes back. In our sport it happens often and you get the feeling that everything we try to do doesn’t seem to work as it used to. One day you have an excellent performance and days you think it would be better to dedicate yourself to something else. You begin to hope that the moment will pass quickly. It is not easy but first of all you need patience and the right amount of mental resilience. Convincing that sooner or later it will pass is already a great start, and certainly it is the belief that helps us to hold on.

What would you say to a young person who wants to start in this discipline?

Shooting has a significant impact on children’s development and growth. My son Cristian this year will participate in the Fidasc championships in the junior category. When he asked me that he wanted to take up this sport at 15 and we started training, I tried to pass on to him some of the qualities that characterize this sport. Shooting more than other sports helps to develop concentration and contributes to the responsibility of children also in taking care of what is entrusted to them.
In addition, the ability to solve problems, self-control, managing emotions and stress, but above all, you learn respect for others, the acceptance of defeat and humility in victory.
Feeling part of a group and improving their performance helps young people to acquire greater confidence and awareness of their abilities, but above all it helps them not to give up in the face of obstacles both in sport and in everyday life. 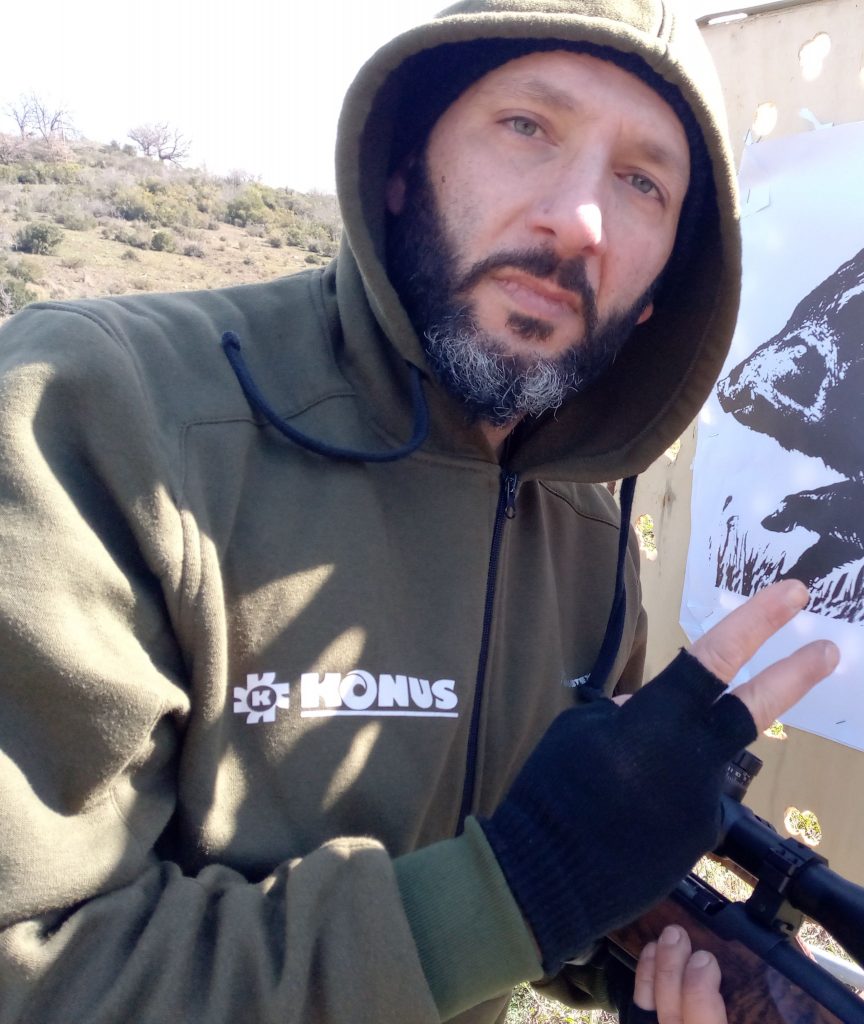