Let’s complete our indepth study on long distance shooting by talking now about reticle centering that is a very important operation as well as check the click data declared by the manufacturer.
Consider that the reticle is positioned with 2 screws which, thanks to a spring, hold the tube with the reticle in a certain position. Acting on these screws, (elevation and drift), it is possible to center the reticle. It will be sufficient to initially bring the reticle to one of the two ends and then count the number of clicks until reaching the other end. At this point divide the number by two and carry out the operation for both the lift and the drift. Another test to do is to fix the optics to a fixed support and then place a visible reference at the distance of 100 meters (verified). To be understood, if one click equals one centimeter every 100 m, the marks must be made every centimeter. Moving the drum by one click at a time, we should find  that   the signs made coincide with the horizontal axis of the reticle. This test is also useful to establish how many centimeters corresponds to each click of our riflescope. If we have an excursion in elevation of 90 clicks, having centered the reticle at 45 clicks or 45 centimeters at 100 meters, we will measure on the graduated positioned straightedge 50 centimeters of excursion, we divide the 50 centimeters by the 45 clicks and so we will know that the real value of a click is 1,09 cm at 100 meters. This is an important data even if you will later want to use ballistic tables. 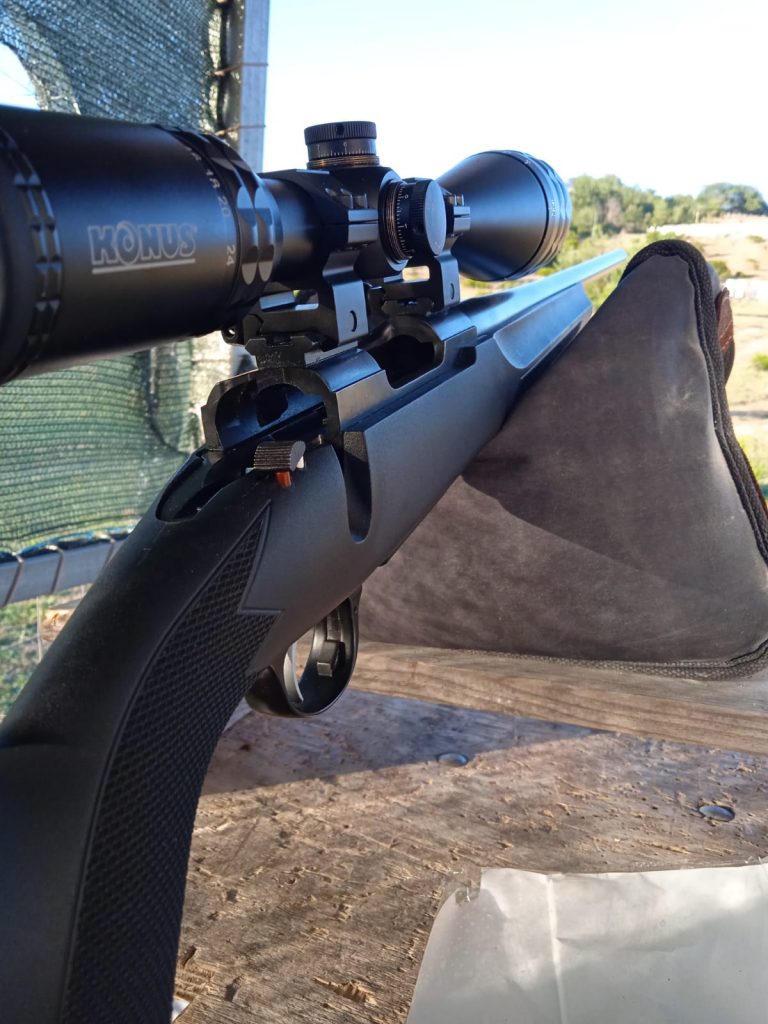 Speaking about long distance shooting, in reality, we combine many disciplines and specialties together. For example, of American derivation but strictly born in Italy, we have the Precision Rifle Series known as PRS. It is a dynamic shot within a set time with a judge who controls everything. The shooter then carries out an exercise engaging targets whose distance it knows first and varying the shooting positions. The tender project is designed by the so-called Match director (MD) flanked by two race judges who are called Range Officer (RO). It is the RO who declares to load the weapon or, at the end of the session, will insert the empty chamber indicator into the shooter’s firearm that only then will he be able to leave the pitch. There are 4 PRS circuit specialities: Open, Semiauto, Limited and Factory.

Another discipline of long-distance shooting widespread in Italy is the F-class subdivided as a specialty in F-Class, F-Class 22 and Target. There are 7 different categories, various limitations on ammunition, used bullets must have lead cores, clothing must be of a certain type as well as accessories. 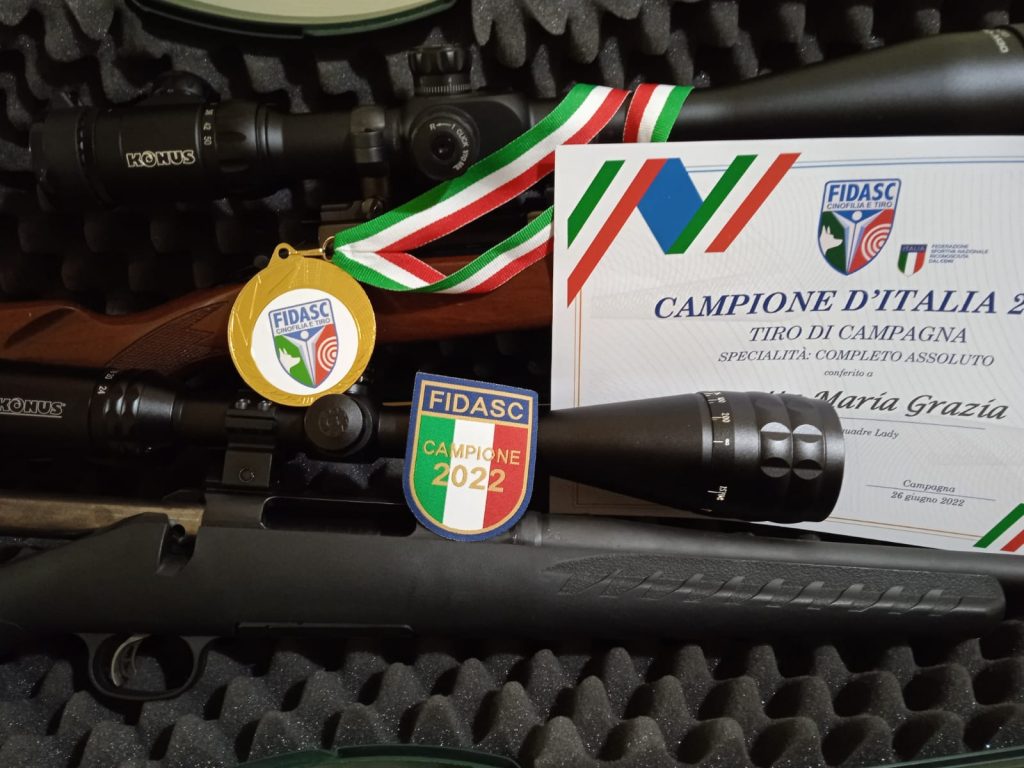 In long-range shooting, anyway, the basic rules are to be able to use reloaded ammunition only if they follow the standards of the commercial ones, the use of non-lead core ammunition is prohibited, no part of the stock or handler can rest on the ground or on a rigid surface, front and rear bags, if allowed, must contain dry substance such as sand (grain size less than 5 mm). Front support can be done from either a bipod or a rest. 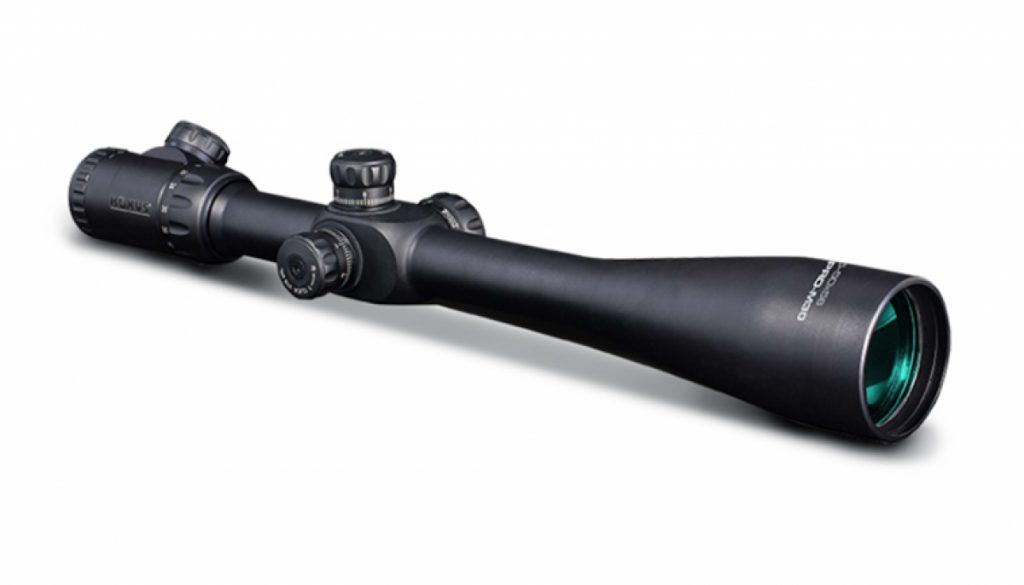 In the choice of your riflescope, in addition to the mentioned models in previous news, we report you the well tested #7289 M-30 12.5-50X56 designed to skip the performance of the latest generation shooting rifles and the “longrange” ammunitions or, if you are looking for the entry level, you can choose the #7274 KONUSPRO PLUS 6-24X50 with fine reticle with illuminated dot. 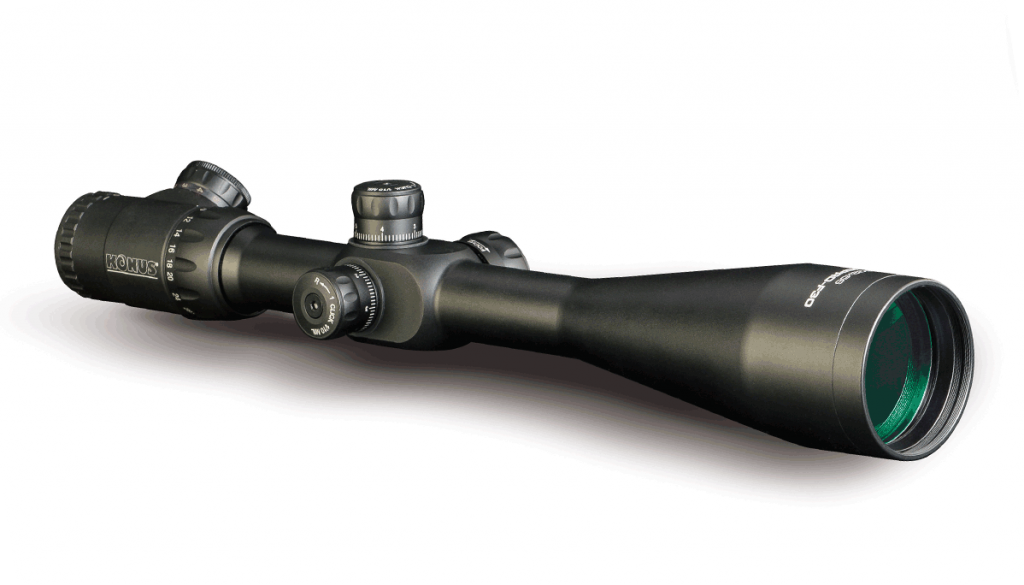 There is then F-30 line characterized by the reticle positioned on the first focal plane that is to say the reticle gets bigger as the magnifications increase, allowing you to estimate shooting distances when you know the size of the target. Moreover the point of impact does not change with varying magnifications as happened with optics with reticles on the second focal plane. F-30 models for long range shooting are: #7297 F-30 6-24×52 and #7298 F-30 8-32×56.

Advice for beginners? Be assisted by an expert person it’s the best you can aspire to , if it is not possible, take advantage of the shooting range environment to try and learn a little from everyone. Experiment as much as possible , always agree to try out new weapons or optics, even if only for a shot, make mistakes and learn. No need to spend crazy amounts to practice your passion and in Konus and Konustex range you can just find items that fit or even exceed your expectations, within the reach of all budgets so you can try different disciplines without too many hesitations.