The Konus company party was held in the splendid place of the Corte Forziello restaurant in Illasi (VR), which brought together employees and collaborators from all over Italy.

It was an occasion strongly desired by the founder Alberti Giuseppe to coincide with his 80th birthday and during which moments of strong emotion were not lacking. 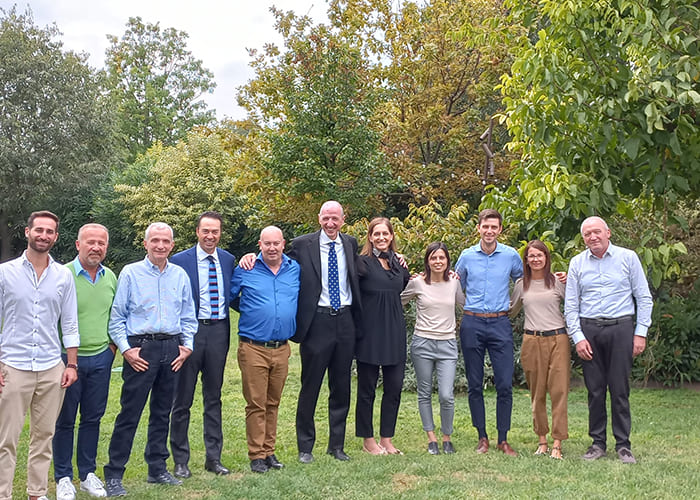 The event brought together the families of all those who work for Konus and took place with a schedule of awards for each of them with a small sign and a souvenir photo with an indication of the years spent in the company.

In fact, it is a source of pride to think that over 60% of them have been working in Konus for over 10 years with the excellences of the seller of Rome, Necci Massimiliano who celebrated 30 years with us and of the super collaborator Cupido Carlo who holds the record of 38 years of service. 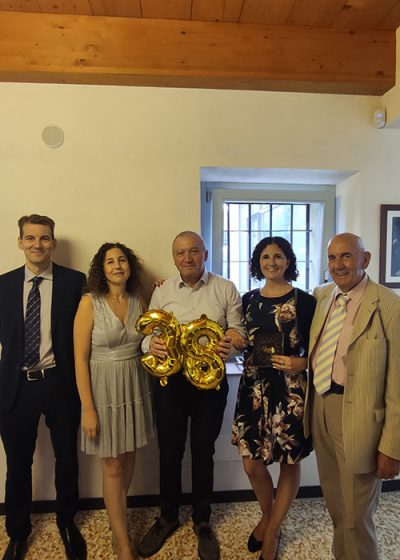 The emotion was not lacking thanks to the wonderful surprise that the collaborators offered to Mr. Alberti to thank him for his always enthusiastic spirit that testifies every day by coming to the company and making himself part of everything that happens.

Another surprising moment was the thought addressed by Mr. Alberti to his wife Francesca who sacrificed herself in the care of the house and the children, taking care of worries and hardships with him and setting aside his studies and dreams, so that he could devote himself to his activities.

The same thanks went to Mrs. Lorella, wife of the salesman Cupido who had the same fate helping her husband’s business engaged in Konus, enabling him to leave every morning for daily or weekly visits with serenity, consoling him in sad moments and celebrating in happy moments in the workplace. 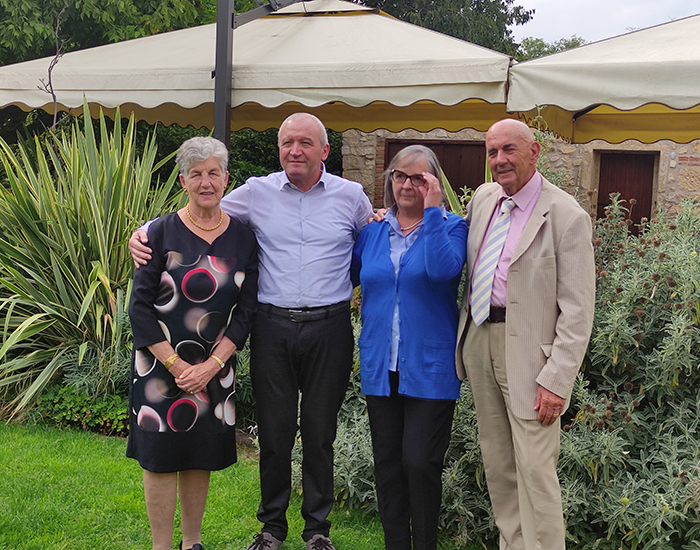 An apparently invisible business, but without these two women, the goal of 43 years of business would not have been there.

At the arrival of the birthday cake for the beloved founder, in addition to the greetings choirs and the six grandchildren who attended the moment, there was the speech of the eldest son Stefano who also on behalf of the sisters Chiara and Elisa explained the attachment of the father to the business, experienced as a fourth child for the attention paid. 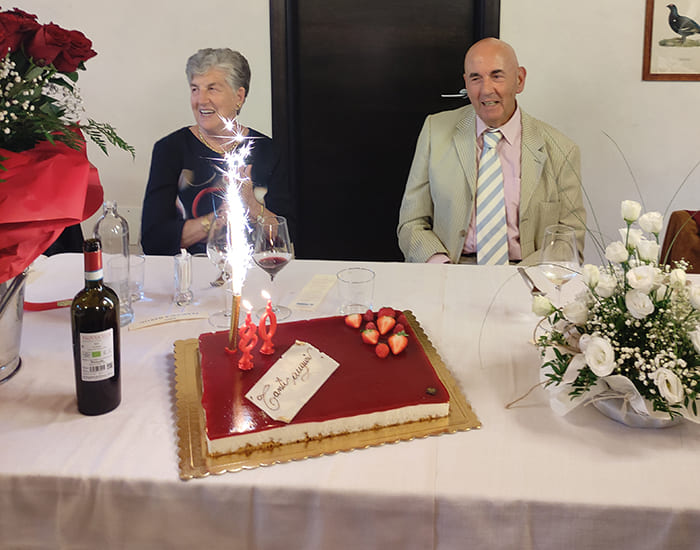 He underlined how the passion of Mr. Alberti is still alive today and how this company remains his greatest dream of an entire life.

From day one, a deep and special bond was established between him and Konus that still keeps him young and full of life today.

And it is a bond that obviously also extends to all the people who work there in this company, because these people have the same importance in the eyes of their father as a real second family.

Thanks went to each collaborator for their daily contribution and the role that each plays was appreciated.

And the day was really made special by the children present, by the new families born in recent years, by those who will soon get married or by those one step away from retirement. 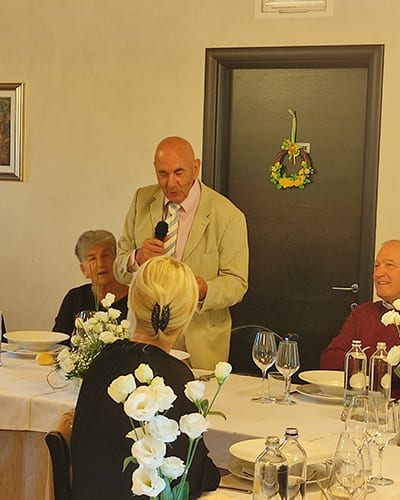 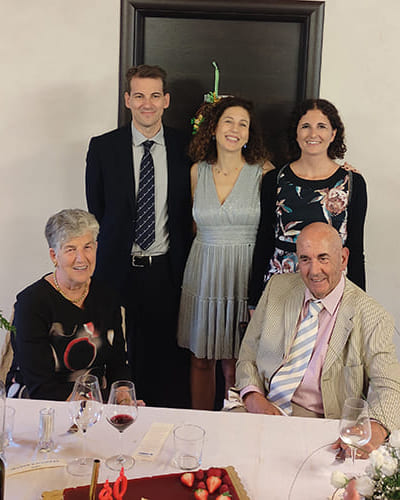 All gathered for a few hours with joy and a spirit of belonging to a reality that has always had the spirit of accepting new challenges, entering different sectors, selling all over the world and without ever losing the desire to grow, aiming high, in search of excellence because there is always the possibility of improving.

The three generations of Konus have come together and give good hope that if the passing of the baton from the founder to the three children has already been underway for several years, there will be a new generation still unripe (ranging from 8 to 19 years) that makes you dream a further continuation to carry on what a man of talent and intuition has built.