Which are the type of wild boar hunting?

The main feature of this type of wild boar hunting is the adrenaline. The barking of the dogs, the screaming of the hunters and the trampling of the animal that is running away make it a really exciting type of hunting.

The boar lover “must” have partecipate at this type of hunt in Italy. In the regions of Sardinia or Tuscany  this collective hunt is a proper sacred rituals.

The talks and the laugh before and after the hunt makes these hunting moments unique, the celebration of the friendships and brotherhood between the hunters linked by a passion and by a lifestile that the majority of the people do not understand and will never know.

From the start, when the hunting boss reminds to everybody the safety rules and the guidelines to the attendees, till the end of the hunting, everything became serious and concentration and adrenaline reach very high levels.

At this point you can breathe:
• the expertise of the hunters
• their responsability and hunting ethic
• the passion for hunting
• the respect for the animal

In Italy often hunting trips and hound hunting are confused.

Is important to specify that you can recognize the hunting trip from the following features:
– extensive territory
– presence of the hunters that should make a real “human cord”
– an high number of attendees
– use of specialized dogs
– high shooting place with frontal shoot
– long shots 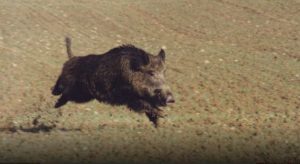 Is the most spectacular type of hunting and is practiced in the eastern Europe where it boast a century-old tradition. Here, often, boys, children and women from the near small cities joins the hunters.

The final outcome of this type of hunting depends on the ability of the attendees to create a thick humand cord that, advancing in the woods, push the animal outside to the shooting place where the hunters wait for them.

The tecnique is similar to the hound hunting, more widespread in Italy, but need a higher number of attendees that advance and press the boars.

As we have told before, this kind of hunting, in the eastern europe countries, becomes a real folkloric and celebrative custom in the parties for the patroons, when all the village is involved.

During the big hunting trips in Hungary, French, Germany and other mittel-and-est-europe countries, you can reach 100 attendees.

This is the most wide practiced kind of wild boar hunting in Italy. Is taking place in woody areas or scrub, typical of the italian peninsula, that are the perfect habitat charachteristics for the boar, that here can breed outrageously.

In Tuscany and Sardinia the wild boar hunt is a cult moment.

The “Hounded” or “Cacciarella” is different from the “Girata” only for the number or attendees, whether they are dogs or hunter in the shooting places.

The hounded starts at dawn with the search of the nightly trample and other signs of the boar in the area. Once that you have identified the pack and the lair, hunters orgnize the shooting places based on the trails of the boars surroindings the animals.

After this starting phase, after that all the hunters are in the shooting place, the dogs owners reach the middle of hunting zone unleashing the dogs in order to let them drive the wild boar out from the hiding places.

The highest adrenaline point of this kind of hunt is reached when the dogs, once singled out the boars, force them to run towards the hunters.

The emotiong rise progressively, from the approaching of the voices of the dogs owners with the impated commands to the dogs to the moment when the black beast pops out from the bushes.

The dogs owners, besides to direct the dogs, have a main role in this type of hunting. In fact, their spur of the dogs with imprecations, shouts and encouragements, together with their ability to pretect the dogs from the attacks of the boar, prepare the shooters to the climax of the shots.

The shot itself is only the completion of an action that takes place from the night before that usually, for the real hunter, is sleepless.

The “limiere” is the only dog used in this kind of hunt and, along with the low number of attendees, are the things that differ this hunt from the others.

This kind of hunt is really useful for containment purposes in populated areas where you have to mantain the public quiet for the inhabitants and for the other animals.

In general there are maximum 9/10 hunters in a very small area, often located at the border of oasis, natural reserves and parks, where the density of the boars is high.

The Basset Hound is one of the most suitable breeds of dogs for this kind of hunting.

The tecnique is similar to the hound hunting, but this kind of hunt is more selective.

Once that the hunters have identified the pack of boars with the essential morning tracking, they will sorrund the area with about ten shooting places and then the dog owner push the boars to the outside, where the rifles of the hunters with their scopes are waiting for them.

This wild boar hunting type is really fast and give the opportunity to the group of hunters to move during the day in difference places.

This kind of hunt is not practiced in Italy, but is equally charming. The wild boars need to be progressively approached in the pasture zone, in absolute silence and and in favor of wind.

The boar is the smarter animal in the wood.

This hunt requires experience and harmony, if you are doing it with a partner. 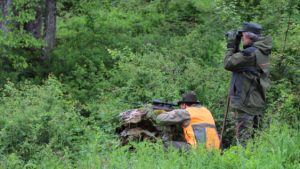 The shooter has to be clever and the shot accurate, behind the ear if possibly, in order to stop the animal in the place, avoiding long recovery times and, sometimes, the frustrating loss of the animal.

In order to effectively get closer to the animal, is better to move when the animals are calm and for a long time eating.

The selection hunt in Italy is practiced only by the enabled selectors.

The shooting place is positioned near to the eating places or to the the entry or the exit from the wood, at sunrise or sunset. 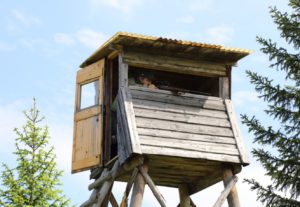 This type of hunt requires a specific equipment, as follow 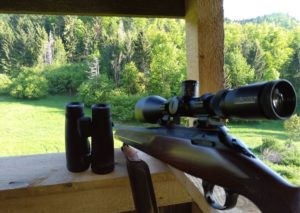 Once you reached the shooting position, is important to have all the lever in support in order to have the maximum stability when you take aim before the shot. At this point, with ability and a little bit of luck you will be able to pick up your boar.

To remember during boar hunt:

If you are looking for an hound hunt riflescope with also long shots in open field and you use an express rifle, a bolt action rifle or semi-automated rifle, we suggest the M30 1-6×24.

Its great filed of view give you and advatantage to the others. Is versatile because is good or a shooting place in the wood or in open field thank to its 6x magnification.

The M30 is a great riflescope with a huge diameter and the engraved and illuminated reticle, perfect for the “alla cerca” hunt.

With its usual unbeatable value for money, this 1-6×24 of Konus is perfect for the fast shot of the boar hunt on medium distance, especially in moving animals. 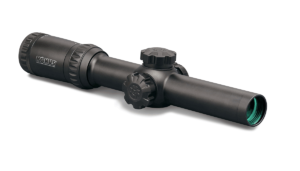 If you are in the middle of the wood your shots needs to be instantaneous and instincitve, we suggest the new Sight-Pro Atomic 2.0 #7200.

The laser pointer of Konus for the quick shot with a great vision. Sturdy, designed also for the most powerful weapons, The Atomic is very light and have a red/green point of 4 MOA that can be regulated with 5 intesities and features a rail for the mount. 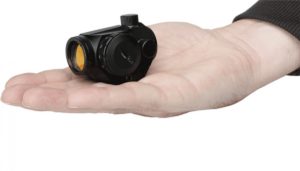 If you are a selector hunter and you practice the selective hunt you need a good brightness and a accurate and reliable scope on the long distances.

The F30 4-16×52 is one of a revolutionary series of scopes that have the reticle on the first focal plane, mostly appreciated by the military shooters for they precision and ease of use: is perfect for the selection hunt to ungulates and boars. 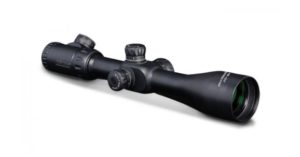 Remeber that your hunting, and you hunt with a rifle. Get yourself safe is the to priority in order to avoid that a moment of joy turns in a moment of tragedy. Bring always with you the high visibility vest Gametop or Gametop Reflex of Konustex. 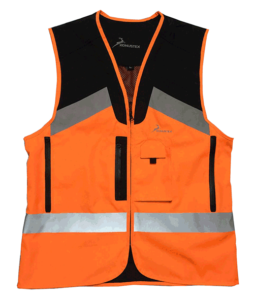